A multidisciplinary team of engineers from the University of Nottingham and Teledyne e2v have received this year's Colin Campbell Mitchell Award from the Royal Academy of Engineering for developing MicroHammer, a revolutionary process for extracting copper from its ore using microwave technology. The team were presented with the award at the Academy's AGM in London on 18 September.

The team, which includes Professor Sam Kingman and Dr Chris Dodds from the University of Nottingham and Dr Ewan Livingstone, Paul Burleigh and David English from Teledyne e2v, combined their skills in microwave technology and engineering to develop the largest microwave processing system ever constructed, capable of processing up to 3000 tonnes of rock per hour.

Copper is one of the world's most widely used metals, playing an integral role in many sectors from construction to power generation and transmission. Although global demand is increasing rapidly, with copper a vital material for nearly all electrical devices, the quality of copper reserves is in decline with both the percentage of copper and the size of grains found in ores decreasing.

Current extraction techniques require enormous amounts of energy, with an estimated 5% of the world's electricity used to fine grind rocks in mineral processing plants. MicroHammer, which uses microwave energy to separate copper grains from the ore, reduces the energy needed to extract copper by over 20% and boosts production by almost a third.

By exposing rocks to powerful microwave energy for a fraction of a second, MicroHammer heats and expands the copper grains, causing them to split from the encasing rock. The microfractures, which are smaller than the width of a human hair, weaken the host rock and make it possible to extract the copper without completely grinding the ore.

Using microwaves to create fractures in mineral ores has been a topic of academic study for several years, but presented real challenges in demonstrating it was possible at a commercial scale in a mining environment.

Working with one of the world’s largest metals and mining corporations, Rio Tinto, who funded the project, the team have designed a system that contains and focuses hundreds of kilowatts of microwave energy and can be safely used in the harsh operating conditions of a mine. The demonstration system processes over 150 tonnes of rock per hour, and, using numerical simulation and experimental validation, the team have demonstrated this can be expanded to thousands of tonnes per hour, the scale needed for sustainable commercial use.

Professor Sam Kingman, the project's academic lead, and Pro-Vice-Chancellor for the Faculty of Engineering at the University of Nottingham, said: Our collaboration with Teledyne e2v has been the key to unlocking the potential that this technology has offered for decades, but no one has been able to access due to significant technical challenges. It is a great honour to receive this award which recognises the contributions of a significant number of people both at the University of Nottingham and at Teledyne e2v. We are now well placed to take this technology to market and deliver one of the most significant impacts to mineral processing since the development of froth flotation.

Paul Burleigh, project lead at Teledyne e2v, said: "It's exciting to be part of a team that has developed a technological solution that will make a real difference in creating sustainability in the supply of materials that underpin economic and social development across the globe. Though receiving the award in person, it's important to remember that this is on behalf of the wider team who have delivered the innovative steps and engineering solutions to the challenges that have been overcome."

Professor Raffaella Ocone FREng FRSE, Chair of the Royal Academy of Engineering Awards Committee, said: "The tremendous amounts of electricity needed to extract copper from low grade sources has left the mining industry in an unsustainable position and in desperate need of a new technological solution. The MicroHammer process developed by the team from the University of Nottingham and Teledyne e2v is a tremendous breakthrough, not just in saving energy but in helping to ensure that copper supply meets global demand. The achievements of the team make them worthy winners of the Royal Academy of Engineering's Colin Campbell Mitchell Award."

The Colin Campbell Mitchell award is awarded annually to an engineer or small team of engineers who have made an outstanding contribution to the advancement of any field of UK engineering.

The Award commemorates the life and work of one of Scotland’s most accomplished marine engineers. Edinburgh-born Colin Campbell Mitchell OBE FRSE (1904-69) had a long and distinguished career with Brown Brothers Engineering where he pioneered the development of the steam catapult for use on aircraft carriers.

As the UK's national academy for engineering and technology, we bring together the most successful and talented engineers from academia and business our Fellows to advance and promote excellence in engineering for the benefit of society.

We harness their experience and expertise to provide independent advice to government, to deliver programmes that help exceptional engineering researchers and innovators realise their potential, to engage the public with engineering and to provide leadership for the profession.

We have three strategic priorities:

We bring together engineers, policy makers, entrepreneurs, business leaders, academics, educators and the public in pursuit of these goals.

Engineering is a global profession, so we work with partners across the world to advance engineering's contribution to society on an international, as well as a national scale.

The University of Nottingham is a research-intensive university with a proud heritage, consistently ranked among the world’s top 100. Studying at the University of Nottingham is a life-changing experience and we pride ourselves on unlocking the potential of our 44,000 students – Nottingham was named University of the Year for Graduate Employment in the 2017 Times and Sunday Times Good University Guide, was awarded gold in the TEF 2017 and features in the top 20 of all three major UK rankings. We have a pioneering spirit, expressed in the vision of our founder Sir Jesse Boot, which has seen us lead the way in establishing campuses in China and Malaysia – part of a globally connected network of education, research and industrial engagement. We are ranked eighth for research power in the UK according to REF 2014. We have six beacons of research excellence helping to transform lives and change the world; we are also a major employer and industry partner – locally and globally. Impact: The Nottingham Campaign, its biggest-ever fundraising campaign, is delivering the University's vision to change lives, tackle global issues and shape the future.

With expertise spanning the Commercial and Defence sectors, Teledyne e2v's RF Power division pioneers industry leading innovation and technology around the world. We provide standard and custom Microwave solutions to meet our customers' exacting performance needs and specification requirements. Our unique approach to the market and our genuine understanding of the application challenges that can occur from initial concept right through to manufacture enable us to help our customers take advantage of future growth opportunities. 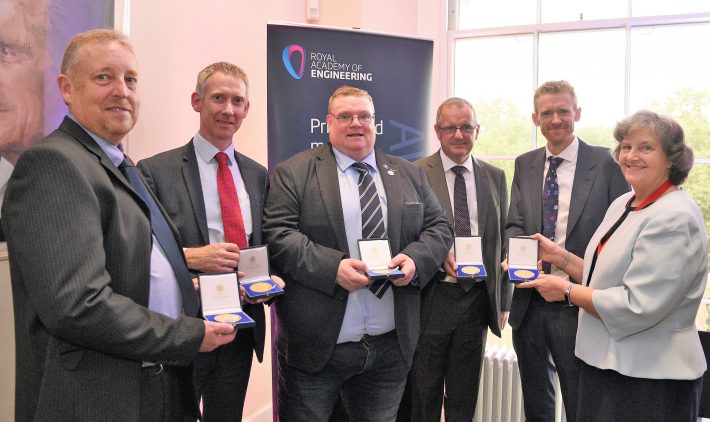